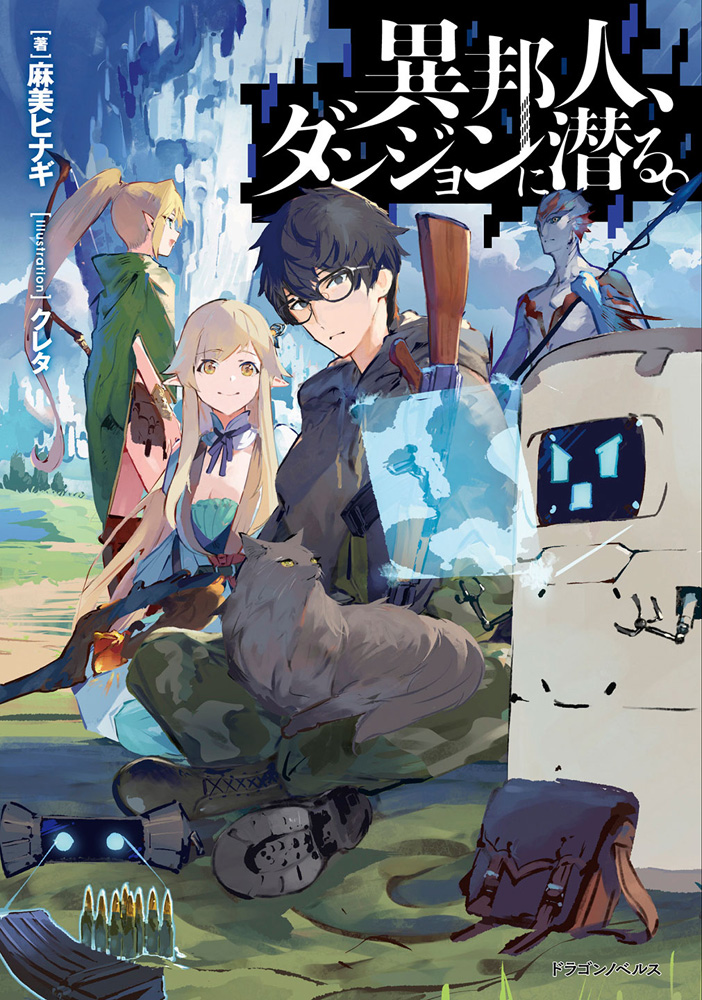 July, 1946. The existence of an alternate world was confirmed. It was supposed to be a new world for mankind. However, the enormous cost, the annihilation of the advance troops, and fierce public opposition, led to the signing of a non-aggression treaty. Mankind turned their eyes towards space.

Half a century later, a certain company formed a team in order to explore the alternate world’s dungeon. Five professionals, three artificial intelligences, and one reserve member. With modern weapons and technology, the adventure was expected to be easy.

However, the ones who had arrived in the alternate world were a defective artificial intelligence, and a non-professional. Through trial and error they lived, ate, and fought. And, they explored the dungeon.