My Identities Were All Exposed After I Was Pampered by Everyone at My Grandfather’s House! 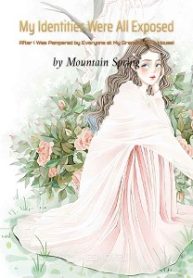 Qiao Yue was a premature baby. Her mother died early, while her father’s identity was unknown. Later, she was adopted by a mysterious big shot who created a mysterious multinational group for her with all the finance and material resources he had. The businesses under her name spanned various industries, and her assets were countless. Her subordinates were also famous big shots in their respective industries. As the person who had all of this behind the scenes, Qiao Yue had just turned eighteen and was about to return to her grandfather’s house. In fact, Qiao Yue’s mother was only the old man’s goddaughter, yet he treated her like his real daughter and brought her up as one. Because her grandfather couldn’t accept her mother’s relationship, she ran away from home with her lover and finally died outside. Before her mother died, she asked Qiao Yue to return to the Qiao family to repay their kindness, which was the reason for Qiao Yue to head back now. However, what awaited her was not a warm welcome ceremony, but four max-level big-shot elder brothers who extremely disliked her. The eldest brother was proficient in medicine. With a scalpel in hand, he could wrestle a person’s life back from death’s doors. The second brother had supernatural powers and was worth hundreds of billions. He had a creed all his life — there was nothing one couldn’t solve with money. If there was, then it meant you simply didn’t have enough money! The third brother was a celebrity superstar. Any action he made could go viral online. He was an artist whom everyone wanted to work with, and was also beloved by the entire nation! The fourth brother was the god of learning. With a smart brain and charming face, he was acknowledged as Prince Charming of the campus! At first, when the four brothers saw their “younger brother”, they were unhappy. Until… Eldest: “What? It’s a sister, not a brother?!” Second: “What? The world e-sports champion is actually Yueyue?!”Third: “What? Yueyue was the one who started my favorite sports car company?!”Fourth: “What? Yueyue has no blood relation to us?!”When they found out there were people pursuing Qiao Yue, her second brother’s face darkened. “Get lost! Yueyue is mine!” All her other brothers: ???