My Post-Apocalyptic Shelter Levels Up Infinitely! 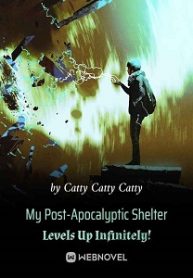 As disaster was about to strike, a group of survivors transmigrated into a desolated world and were challenged to a game of survival. From terrifying acid rains, to endless natural disasters, the heavens burn while the earth scorches, radiation is rampant, and nobody is spared from the dangers of this hellscape. The only way one survives is by building a shelter and slowly upgrading it in hopes of surviving another day.Luckily, Su Mo awoke a Doomsday Survival System that allowed him to infinitely level up and upgrade his shelter! The main shelter wooden door can be upgraded into a metal door, which in turn upgrades into a composite gate; the wooden spears can be upgraded into bronze spears, which eventually upgrade all the way into electromagnetic spears... While everyone struggled to survive, Su Mo was fully loaded, and well equipped to dominate the post-apocalyptic world."While some of us are lighting oil lamps, he's been using refrigerators!""The walls in his shelter alone are tens of meters thick, it's the safest place on this planet.""Before I die, I wish to spend one day in his shelter..."