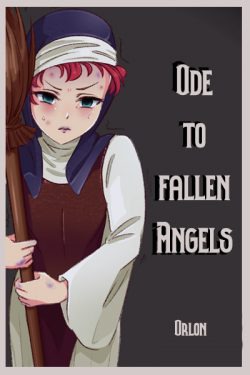 Jericho, the land of humanity, squirms in pain. Magic has been forbidden for so long in this so called "Age of Silence", that all Arcane knowledge has been presumed lost and irrecoverable, and the echoes of God's Will grow fainter with every passing year.

The sight of Demihuman caravans is less frequent every day, as the likes of orcs and elves have learned to no longer beg for help from those who despise them. Clearly, they can expect more from the voracious wild lands than from humankind.

Many have succumbed to despair, some driven mad by their fruitless efforts to bring back a Golden Age that they only ever read about in books.

And in the middle of it all, in an old chapel lost in the Eastern lands, young Gabrielle lives in complete ignorance. She is another orphan living under the mercy of the Church of the Saints; one bearing the mark of evil in her red hair, the telltale sign of a Witch.

In an Age of the Silent, the Prejudiced, and the Hateful, she clings to a single hope: that one day, be it in life or maybe after it all ends, she may find herself forgiven of her sin.

The sin of being born.