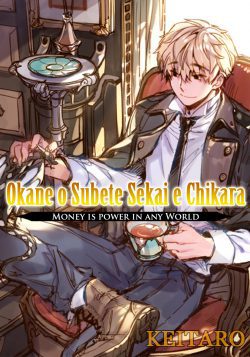 Makoto, an abnormally cunning and shrewd 25 years old businessman, its obsessed with True Life Online (TLO), an MMORPG he knew because of a mysterious advertising. As a player he took the merchant path, a low stats class, but with many qualities. After reaching the ultimate merchant rank he blacked out, only to awoken in another world wearing his character's clothes, a world resembling TLO. Watch how he survives while climbing to top of the world with his stats reseted to a baby's level, but with a surprising advantage, infinite money!