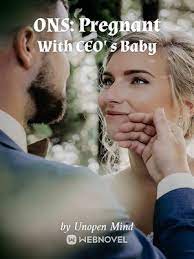 Jeanne was only 18 years old when her stepmother and step sister framed her and caused her to lose everything. She was thrown out of the house by her father for trying to resist.7 years later, Jeanne came back for vengeance with a mysterious son by her side—George.People mocked her for being a single mother and called her son a fatherless child.“Who are you calling a fatherless child? You wouldn’t like me when I’m mad,” George threatened.“Lay low, George! Don’t ruin the fun! I haven’t had enough,” Jeanne said as she wanted to enjoy her revenge, leaving the boy speechless.Jeanne later met the infamous Fourth Master Swan at a charity ball. The man with the handsome looks and cold temperament called her to a corner and said, “I like you.”Everyone was shocked, including Jeanne.“I’m a single mother and I have a child. Are you sure you like me?” she said.“I actually… like your child!”Everyone else was shocked when Fourth Master Swan married Jeanne but only his sly self knew that he had gotten not one, but two, important players to this chess game that he was playing.