Real And Fake Young Lady: I Have Seven Brothers Pampering Me After I Transmigrated 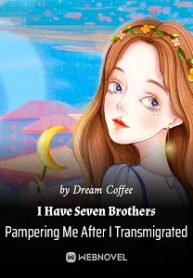 Chu Ning transmigrated into a novel as a fake young lady who was switched at birth. The real young lady, Ye Ting, was supposedly in Chu Ning’s original poor family, and was forced to drop out of school to work and raise Chu Ning’s seven brothers. In the original story, once the real young lady was reclaimed by the Ye family, the fake young lady’s life fell apart. She started going against the real young lady without knowing that the real young lady was the female lead. The latter even had seven brothers to support her, and she eventually made a comeback with her overwhelming advantage. Meanwhile, the fake young lady had resorted to every scheme she could, even faking suicide, only to end up tragically with everyone hating on her. Chu Ning transmigrated over at the crucial time when the real young lady just returned, and the fake young lady was fighting to stay at the Ye family by threatening suicide. Outside the door, her foster mother spoke in an icy tone, “I don’t care. She has to return to the slums. I get annoyed whenever I look at her now. Why does she get to live a lavish life while my biological daughter had to suffer in the slums? She even had to stop schooling to work and raise her brothers!” Her foster father said, “Still, we’ve raised her all her life, and our family can afford to feed another. Now that she’s threatening suicide, let’s just let her stay.” Chu Ning rushed out of the ward. “I’ll leave! I’ll discharge today and go back at once. I’m not a member of the Ye family, so I have no reason to insist on staying.” Her foster mother was surprised, and her foster father was puzzled. Chu Ning ignored them. After knowing how the original plot went, she set three goals for herself. One, to stay away from the female lead! Two, to stay away from the male lead! Three, to live a good life in the slums! Yet, to her surprise, after being successfully abandoned by the Ye family, her biological brothers all became tycoons in their respective industries. Chu Ning effortlessly made a comeback all of a sudden! Even the male lead who had called off their marriage now forced her into a corner, saying, “Ningning, be mine!”