Samurai of the Takeda Family 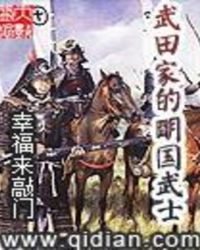 Kenshin Uesugi, holding the famous sword “Shunqing Changguang” and riding the famous horse “Release Mao Yue” on his hips, broke through the Takeda army formation and directly took Takeda Shingen in the main formation. Next, the third knife had cut Xin Xuan’s shoulder.

At this moment, Li Xiao, dressed as a samurai, rode a horse, rushed from the side, and shouted: “The thief in the shirt dare you.”