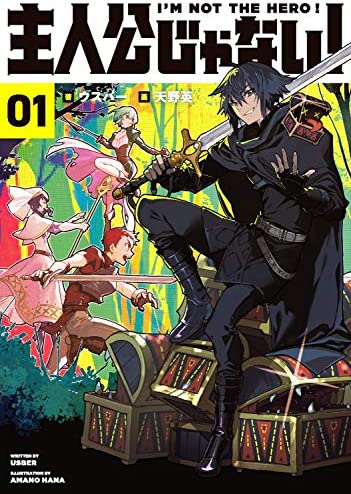 He was hit by a car when he tried to save a girl and was reborn as Lex, the most powerful character in the early stages of the RPG world! He starts off at a staggering level of 50! He’s an all-rounder well equipped with skills from all areas and he’s even good-looking! This was an absolute big win!Or so one might think… but Lex was actually just a minor character in the early stages, like those early SR cards in online games or the old paladin with the silver spear in SRPGs. Even if you’re very strong at the start, you’d soon become completely useless!

As I battled with the monsters and went through events I was bound to experience while enduring the poor growth rate, disappointing unique skills, and the status of being a jack of all trades but master of none, I made up my mind—

「I’ll just dump all the troublesome things onto the game’s hero who should be out there somewhere and retire in a quiet place!」

This is the story of an ordinary person looking for a “hero” who somehow ends up becoming the hero who saves the world!