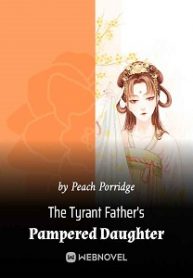 The Great Qi’s emperor had been hoping for a daughter, but he got 28 sons instead! This tyrant went to the altar and prayed, saying that if he could get a daughter, he would never kill indiscriminately again and would give peace to the world! To everyone’s surprise, Heaven actually agreed! Ten months later, Qi’s only princess, Gu Nuo’er, was born with tremendous luck.

Starting her life surrounded by cunning ministers, being targeted by enemy nations, and in a world filled with natural disasters, the little princess waved her hand and indicated that she wasn’t afraid! With her great luck, she helped her tyrant father clean up the imperial court, pleased the women in the harem, and brought good luck to everyone around her. Slowly, she became a dear princess treasured by all.

Tyrant father: The throne is Nuo’er’s cradle. I can even give her the entire nation if she wills it!

Prince brothers: We’re handsome, talented, and rich, but we won’t marry. We’ll use our life to pamper our sister!

Minister uncles: Whoever bullies our princess shall not blame us for besieging them and eradicating their existence!

By the time Nuonuo was all grown up, everyone realized that the youth who grew up with her had been eyeing her for the longest time now…

Green-eyed wolf boy, Ye Siming: Dearest Nuonuo, I’ll wreak havoc in the families of those who made you cry, and take the lives of those who hurt you. If you like, my life is yours too.