Transmigrated as the Cannon Fodder Abandoned by the Movie Star 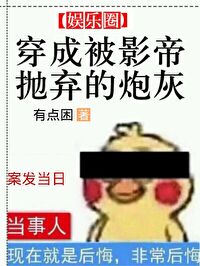 Gu Qingchi transmigrated into an insignificant cannon fodder. The author didn’t set any of the details of the cannon fodder’s character settings, so everything was randomly generated.

Then, somehow, he ended up becoming the most beautiful person in the entire novel.

However, it didn’t matter. Once a cannon fodder, always a cannon fodder. His existence was insignificant, and he was treated like a background character by everyone. A single glance and he would be forgotten.

Now, the story had come to an end. Gu Qingchi would finally be abandoned by the rich and successful movie star.

Gu Qingchi was in tears: Finally, this day had come.

A novel about regret.

Gorgeous beyond measure, after finishing the cannon fodder storyline, Gu Qingchi could debut by relying on his face alone.

The well-known movie star’s love affair was exposed. His fans were furious and ready to take this guy down, but ended up being captivated by his beauty.