Tricked Into A NewLife, God Must Be Screwing With Me! 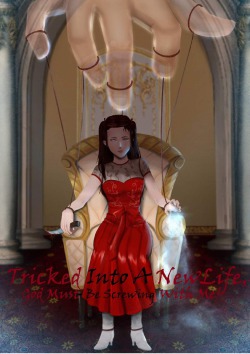 "Of course my avatar should be female, they have better armor models!" That was George's creed when playing games that allowed for character customization.

Following his completion of a difficult achievement in a popular RPG, George receives a suspicious invitation to join a closed beta for an upcoming project. Against his better judgement he decides to register and starts playing with the character creator. Upon finalizing his character he finds himself whisked away into the world depicted by the game client.

Forced to start over as an infant, and inhabiting the body of his created avatar, George now finds himself attracting the eyes of gods, demons, and the nobility as he tries to navigate his NewLife(tm) and come to terms with the body he created.