Villain: The Play of Destiny 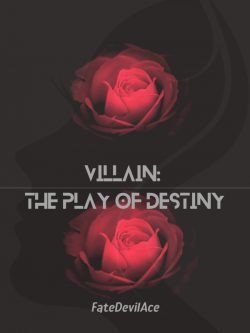 Keith, a vieux riche, spoiled and cherished, heir to the Demiliore Consortium, lives his life at large. Power, Wealth, Fame; He has it all.

But is it all just a dream?

With a set of memories, the knowledge of the future, in a play orchestrated by the destiny, knowing well that he is born to be a Villain, will he prevail? Or is he going to fall at the hands of the Child of Destiny just like he did in the nightmare that haunts him?

Yes, the story is heavily influenced by Urban-Fantasy Chinese Novels. Don't read if you have a problem with those types of plots. 'Cliche' plot elements are bound to appear, so if you easily get triggered by such things, keep away. And I would advise you to not even start the story if you are the ardent believer of 'Good shall prevail over the Evil'. Keep away! MC here is a Villain! But yes, he is not someone deprived of emotions, even though he is a Scum. So, do not expect an outright Evil MC either.

I don't write Netorare. Don't worry about it!

There are exceptions my friend

King of Gods is one of the greatest representatives of "vanilla" xuanhuan cultivation stories. It has better and worse moments, it also gets repetitive sometimes, as the author extended the story from 3m characters to 5m characters due to its popularity. Yet overall, the ending is really great and satisfying. If someone has a problem during the last arc (Heavenly Lord war), I recommend going directly to chapter 1571, where the epilogue starts. You will just skip a whole lot of fighting with not too much story, straight to the answers. Story: 7/10 Characters: 8/10 Writing: 7.5/10 (quality fluctuates) Mischief: 11/10 Getting called "brat": 20/10 General: 7.5/10

The heck paradise earth? You're outa your mind. He's the last person i could imagine would help fy. There must be some catch