Young Brother-in-law Is Now My Husband 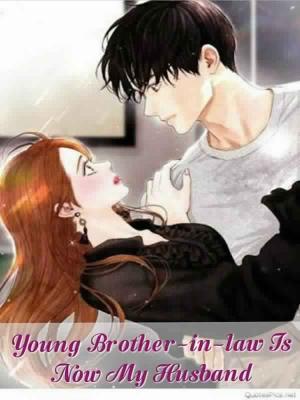 Jiang YuYan was just 20 years old when she married Lu Qiang, her love and heir to one the most powerful families in the capital. She lost her husband after only 3 months of their marriage. She was the only one responsible for protecting her family and their company from any harm. In critical circumstances, she was forced to marry Lu Lijun, her 12-year-old brother in law. He was only 8 years older than her. This marriage was nothing more to her than an act of protection for the people she loved. After Lu Lijun became an independent person, she wanted to be free from the Lu family and be able handle all business and family responsibilities. She simply wanted to leave everything behind and live her entire life with the memories of Lu Qiang. However, things did not go according to plan.Lijun, who had been in the States for 10 years, fell in love and wanted her to marry him. This was something she could not accept, as she had never considered loving anyone other than her late husband Lu Qiang. He hated her but loved her for reasons only known to him.What happens when he admits to his feelings even though he is certain she will not accept him? Will he manage to get her to fall in love with her and make her return to the vibrant person she was?__ __________YuYan was having a conversation with one man in a big party hall. She was not aware that another person was staring at them with a fierce gaze and furious expressions. YuYan excused herself and left the hall to go to the bathroom. She was walking through the corridor when someone grabbed her hand, and pulled her into a room. She was shocked at the sudden event and was ready to scream, but a hand held her mouth shut. After seeing who it was, she exclaimed "Lijun!" What .....", are you talking about? He said, "Let's see where that bastared touched your?" It was a simple statement that he made, but you could see the darkness and cold aura around his eyes. He moved closer to YuYan and touched her ear, recalling how the man had tucked YuYan’s hair behind her ears, touching her ears with his fingers. He spoke coldly, saying, "No one is allowed touch my wife. Only you can." YuYan was still shocked by the speed at which things were happening before she could comprehend anything.After listening to his words, she said "I am NOT your wi ....."". Before she could complete the sentence, he kissed and put his hand against her wall. After a few seconds, he let her breathe as she needed. She tried to push him but he said, "Don't touch my face." Stop being my husband, I am not your wi ...". He kissed her again but more intensely. After a while, he let her go. But this time, he did not give her an opportunity to speak."Try to repeat that again, and you'll see yourself on the bed under me in no time," they said. They pointed to the big bed at their right side of the room and added "and I will make certain you don't get out until the morning."